How Shaf Rasul Manipulates Viewers About Samuel Leeds To Grow His Audience! 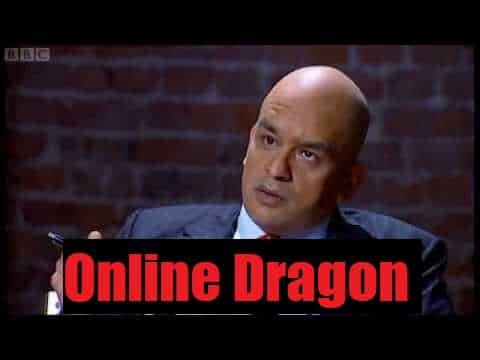 Who is Shaf Rasul?

Mr Rasul is a highly successful individual and has appeared on the Sunday Times Rich List. As someone from a British Asian background myself, I am pleased to see Mr Rasul acting as a clear example of the fact that anyone can succeed in Britain regardless of race.

That said, I have some concerns….

Despite Mr Rasul’s impressive track record in the business world, he appears to feel that his public profile doesn’t yet match his business success. This seems to have led to some exaggerations on his part.

In the title of two of his videos directed at Mr Leeds he calls himself a “Former BBC Dragon”. A Dragon is someone who has been an investor on the BBC TV show Dragons’ Den. Mr Rasul was never an investor on the TV show. Instead he was on “Dragons’ Den – The Online Version” an online only spin-off to Dragons Den. The BBC therefore describes Mr Rasul as an “Online Dragon”. Mr Rasul should have therefore called himself a “Former Online Dragon” but that would not have sounded quite as impressive!

I should say here that neither of the above points are particularly egregious. People will always put whatever they feel is the best versions of their achievements on display. But I will hold Mr Rasul to his own standards here. Mr Rasul made the claim that Mr Leeds lied about receiving mentoring from Lord Sugar. Mr Leeds proved that he had paid for a business advice mentoring session with Lord Sugar. Rather than admit he was wrong, Mr Rasul refused to look at evidence and appears to maintain he is correct based on an obscure definition that requires ‘mentoring’ to be long-term. If Mr Rasul is unwilling to take a charitable interpretation of the speech of others, his own speech should be viewed in that same light.

Manipulates Viewers To Grow His Audience

As explained above, Mr Rasul does not appear to be happy with the level of public profile he actually has outside of the business world. He is trying to remedy this with his YouTube channel. Mr Rasul makes an assortment of videos that are aimed at educating people about basic business and property terminology and strategies. His popularity shot up however when he hit upon the idea of making videos attacking one of the UK’s best known property YouTubers, Samuel Leeds.

Attacking a bigger YouTuber to grow a YouTube channel is a popular tactic. Many YouTubers across many genres use this approach and it is often successful. There is nothing wrong with this approach as long as the YouTuber makes honest and well-researched criticism.

A problem occurs where a YouTuber knows more about a subject than their audience and therefore can manipulate them about someone else.

Mr Rasul strong business background combined with his knowledge that his audience are not as clued-up as him, because he cultivated them by making videos about basic business concepts, creates this exact power imbalance.

In Mr Rasul’s most popular video he reviews Samuel Leeds’ businesses with a fan of Mr Leeds who is new to property and business. Mr Rasul then shows him Companies House and DueDil documents and interprets them for him. Understandably, this fan of Samuel Leeds cannot refute what is said given the difference in knowledge, age and experience between the two men. The same is true of Mr Rasul’s audience who, as previously mentioned, he has cultivated by making explainer videos on basic topics.

I should note that I don’t have a background that would enable me to challenge Mr Rasul either. That’s the point. The set-up of the video was created for Mr Rasul to win and not have any come back from the young man or much of his audience.

Using this knowledge of business, Mr Rasul is able to emphasise certain things without telling the whole story.

Here are some examples:

– Mr Rasul talks about the charges (mortgages) against Mr Leeds’ companies saying there are only two. This implies to his viewers that Mr Leeds only owns 2 properties. However, Mr Rasul doesn’t consider the fact Mr Leeds could own property in his own name.

– Mr Rasul claims Mr Leeds did not get mentoring from Lord Sugar. He makes this claim by using an obscure definition of ‘mentoring’ and misleads his audience into thinking Mr Leeds met Lord Sugar at a ‘meet and greet’. If he told his audience about the thousands of pounds paid by Mr Leeds for a business advice mentoring session with Lord Sugar, some of his fans may have a different view!

– Mr Rasul looked at the credit reports of companies owned by Mr Leeds. There was a CCJ registered against one company, which Mr Leeds informed him was a mistake, and Mr Leeds’ solicitors later disputed with credit reference agencies. Regardless, this is not Samuel Leeds’ credit score, just that of his company. When Mr Leeds goes to buy property, lenders will be interested in his personal credit score. Mr Rasul will know that the young lad who he used in his video and many of his audience will be unaware that it is Mr Leeds’ personal credit score that matters most in this instance.

– Mr Rasul compares the newly formed company of the Samuel Leeds fan he used for his video with a company owned by Samuel Leeds himself. He claims that the new company is in a better financial state. Mr Rasul only compares credit in this analysis and does not look at any other metric including profits, turnover or assets. This selective analysis simply appears to be designed to manipulate some of his less informed audience.

In Mr Leeds’ response video, he evidences properties he owns; his personal credit score; ability to get credit; and shows that Mr Rasul has made misleading statements. He also shows where he contacted Mr Rasul, such as a comment containing evidence about the business advice he received from Lord Sugar. You can see the video here.

Mr Leeds has, until recently, focused on providing informative content rather than responding to online drama. Unfortunately, just like nature, social media abhors a vacuum. Because Mr Leeds was not replying, that vacuum was filled with trash from his critics. Mr Leeds has now set the record straight!

Shaf Rasul is a successful businessman, but he has veered off course with his manipulative tactics for social media growth. He has made statements about Samuel Leeds which have been proven either misleading or false. I hope Mr Rasul will reconsider his statements in light of Mr Leeds’ response.

Mr Rasul is an intelligent man with business acumen, and his current conduct is beneath a man of his standing. In the unlikely event that he ever has the opportunity to read this article, I hope he will take this criticism in the constructive manner that it is intended.

2 thought on “How Shaf Rasul Manipulates Viewers About Samuel Leeds To Grow His Audience!”