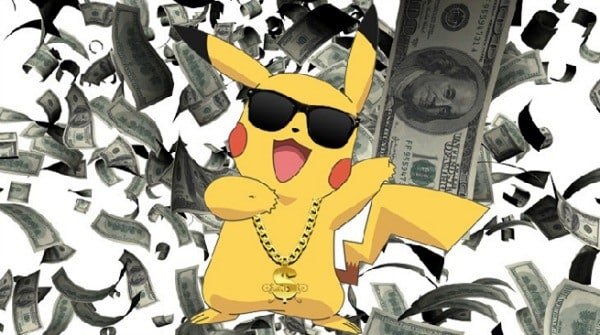 National currencies were originally backed by gold. But over time, the backing has been taken away. Now they are backed by nothing. They have value at the decree, or fiat, of the government. Hence they are known as fiat currencies. Governments print more and more currency into existence.

So what does this have to do with Pokemon cards?!

It is just a card, why does it have such a high value? Perhaps you think it doesn’t and someone simply paid much more than it’s worth. Okay, fair enough. But think back to when you were a kid, why did one Pokemon card have more value than another. It was, of course, the rarity of the cards that gave them their value.

Now imagine that Nintendo simply printed a huge number of the rarest cards. The value of those cards would drop fast!

The same applies to your pounds, dollars and other fiat currencies. The central banks sit there printing more currency over time. These days, they don’t even print it. They just type up numbers on a computer screen increasing currency supply, as if by magic. What do you think this does to the value of currency in your bank account? You guessed it, as it becomes less rare, it loses value. Just have a look at the purchasing power of your currency over time.

If Nintendo had printed huge amounts of the rarest cards, kids would have simply moved on to the next fad even quicker than they did. In the case of currency however, it is legally the means of settling debt and paying taxes. This is the reason demand will continue even though supply will cause the value to drop.

So why do they do it?

The printing of money is a stealth tax that lets governments take the value of the public’s savings while the public are none the wiser.

Printing currency allows the government to spend without the public realising that their money is being taken from them. While the public may not mind paying for essential services, many would object to massive taxation for wars, animal experimentation and other controversial practises. Having a currency supply backed by nothing means that the government can essentially borrow from the central bank indefinitely.

How can I avoid this stealth tax?

If you own assets that have a limited supply and have been shown to hold value over time, you may be able to avoid the impacts of this stealth tax. Examples of these type of assets include precious metals, property and Bitcoin. You should do your own research into these and other options as they all have their opportunities and risks. You should also look into how the purchasing power of your nations currency has gone down over time so you understand the risk of simply saving it in your bank account. Once you are informed on the subject, make the decision that is best for your individual circumstance.