What Joe Lycett Got Wrong About Samuel Leeds! #GotYourBack 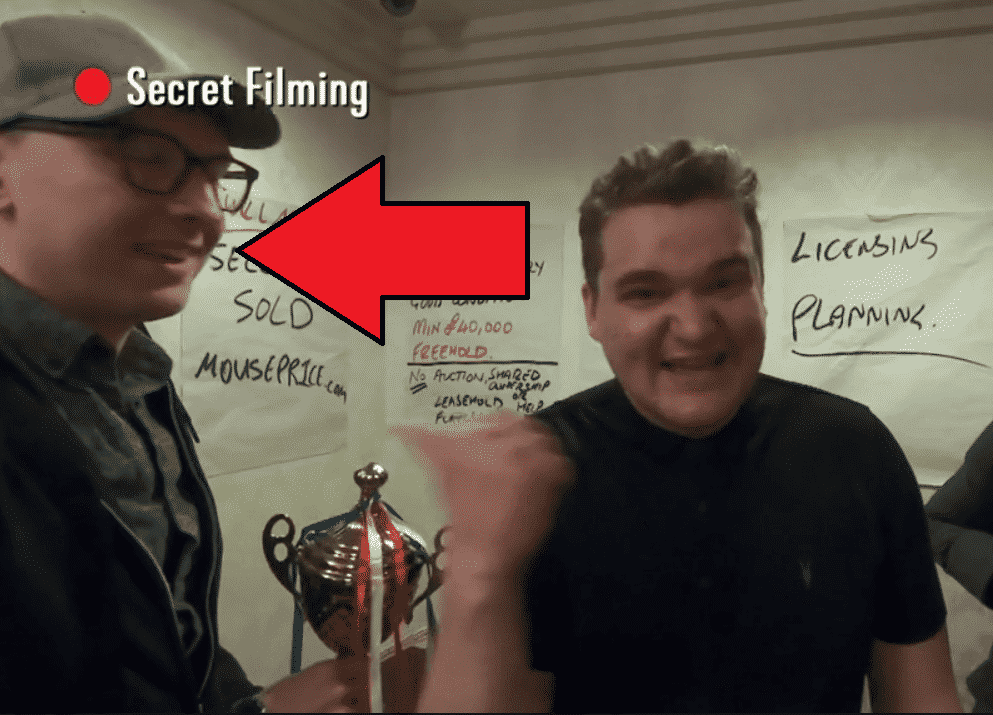 This weeks episode of Channel 4’s Joe Lycett’s Got Your Back took on property trainer Samuel Leeds. They called him a “get rich quick scammer” and challenged his training and sales methods. Are these criticisms fair? Let’s examine them more carefully.

Thoughts on Samuel Leeds and Joe Lycett’s Got Your Back.

I should probably start off by saying I have never attended a Samuel Leeds live event or bought his in-person training. I have, however, purchased his online subscription service called Samuel365. It offers weekly group mentoring, 1-to-1 phone mentoring and video courses among other things. Other than being a customer (as described above) I have no connection to Samuel Leeds and this blog post is just my personal opinion.

Joe Lycett’s Got Your Back is entertaining and informative. I think the concept of mixing comedy with consumer protection is a great one. However, perhaps this can sometimes lead to the facts not always being the focus.

In this episode a number of claims were made about Mr Leeds. I will go through them one by one:

#1. Lycett says Samuel Leeds is a ‘get rich quick scammer’.

Lycett does not review the content of Leeds paid training. Although Lycett does show negative reviews from some customers, Leeds interviews success students each week on his YouTube channel. Maybe some people find Leeds’ training useful and others don’t, this certainly doesn’t prove that his training is a scam.

There is also no evidence that Samuel Leeds claims you can “get rich quick” with his training. In the videos I have seen, Leeds says it takes time and hard work to make money.

Lycett challenges the accuracy of many of the statements made by Samuel Leeds, but it seems that he isn’t able to evidence his own claims here.

#2. Lycett complains about the sales aspect of the £1 Property Investors Crash Course.

I have heard this criticism before and have never really understood it. If a business regularly rents conference rooms at hotels and pays their staff to be there for 2 days – does anyone really think there isn’t going to be a sales pitch! If you have actually been to an event like this and were surprised that you were being sold to, I have some questions! How did you think the money was going to be raised to host the event? Why did you think a business would pay for this or did you think the £1 booking fee somehow covered the costs?

Now maybe I am being a little flippant about all this! Lycett did talk about pressure sales. He references Regulation 7 of The Consumer Protection from Unfair Trading Regulations 2008. This regulation states that a commercial practice is aggressive if “it significantly impairs or is likely significantly to impair the average consumer’s freedom of choice or conduct in relation to the product concerned through the use of harassment, coercion or undue influence; and it thereby causes or is likely to cause him to take a transactional decision he would not have taken otherwise.”

Lycett does not explain how Leeds’ sales pitch is “likely significantly to impair the average consumer’s freedom of choice or conduct”. He shows footage of people being told to “go to the back of the room and buy”. Is it really Lycett’s claim that such an exultation would prevent the average consumer from choosing not to do so? Does Lycett believe every market trader that says “roll up, roll up and buy this product” is also in breach of the regulations?

It may well be that other aspects of Leeds’ conduct are the basis for the claim that he is in breach of the regulations, but Lycett didn’t elaborate. Lycett’s claim therefore is not evidenced.

#3. Lycett says Leeds sells to people that can’t afford it.

Lycett’s researchers (apparently, although this is not shown on screen) went to the back of the room to speak to the sales people. Lycett says (again, no footage is shown) that they told the salesperson that they don’t have much money, but were still sold to.

Can we apply a little common sense here? If you voluntarily walked up to salespeople telling them you want to buy something; would you really find it shocking if they tried to sell to you?! Is there any situation where a business will tell you not to buy their products or that it is a bad idea to buy their product with financing or a credit card? I don’t think so!

Maybe you would like to live in a world where businesses advise people to not put their products on credit. Maybe you would prefer a world where salespeople don’t exist. But we don’t live in that world so it isn’t fair to hold Leeds’ business alone to that standard. Lycett isn’t ‘exposing’ anything outside of the norm here.

Lycett lays out some of the claims he says Leeds makes and then attempts to debunk them by referencing unnamed property experts:

Co-host Katherine Ryan just mocks the idea because it is a well-known website and “not exactly a big secret”. Of course, Rightmove.co.uk isn’t a ‘big secret’ but Leeds teaches how to evaluate the deals. Nothing is mentioned about whether his information is useful or not. Therefore, this claim is not debunked.

Ryan ‘debunks’ this by claiming they have ‘been told’ that it is “extremely difficult for someone with no experience, cash or contacts to successfully pitch leads that were found on the internet to genuine property investors”. Firstly they don’t show any evidence Leeds encourages the sale of leads. I have only ever heard him talk about the sale of deals. This means although the deals may have been found on the internet, the person has added value by negotiating the price down significantly.

Secondly, the programme makes no attempt to investigate whether Leeds training can teach someone how to do this “extremely difficult” thing or not. If it wasn’t difficult, what would be the point of Leeds offering training on how to do it?

Ryan does state that none of the customers of Leeds they had spoken to had sold a deal. But as a consumer show they naturally speak to dissatisfied customers. Leeds brings success students on his YouTube channel, many of whom say they are now successful deal packagers. For Ryan or Lycett to honestly say they had debunked this claim they would need to show that those people were either lying or didn’t learn their skills from Leeds. No such evidence was offered. Therefore, this claim was not debunked.

Claim 3. Buy property without spending your own money.

Here Ryan admits it is possible with debt but says this isn’t open to everyone. This isn’t the only method Leeds talks about however. Joint ventures is another method, whereby one party puts in the sweat equity and the other the capital.

Ryan also says investing with someone else’s money in something you don’t know about can be a problem as you have to pay them back. This is true, but Leeds sells training so that people can learn about the subject. Once again, Ryan and Lycett offer no evidence whatsoever that Leeds training fails to provide such knowledge. Therefore, this claim was not debunked.

So in conclusion, I watched the segment on Samuel carefully and was open to any evidence that could be shown that he is a “get rich quick scammer”. However, none was provided. So until, and unless, some actual evidence is offered….Samuel Leeds – I’ve Got Your Back!

12 thought on “What Joe Lycett Got Wrong About Samuel Leeds! #GotYourBack”