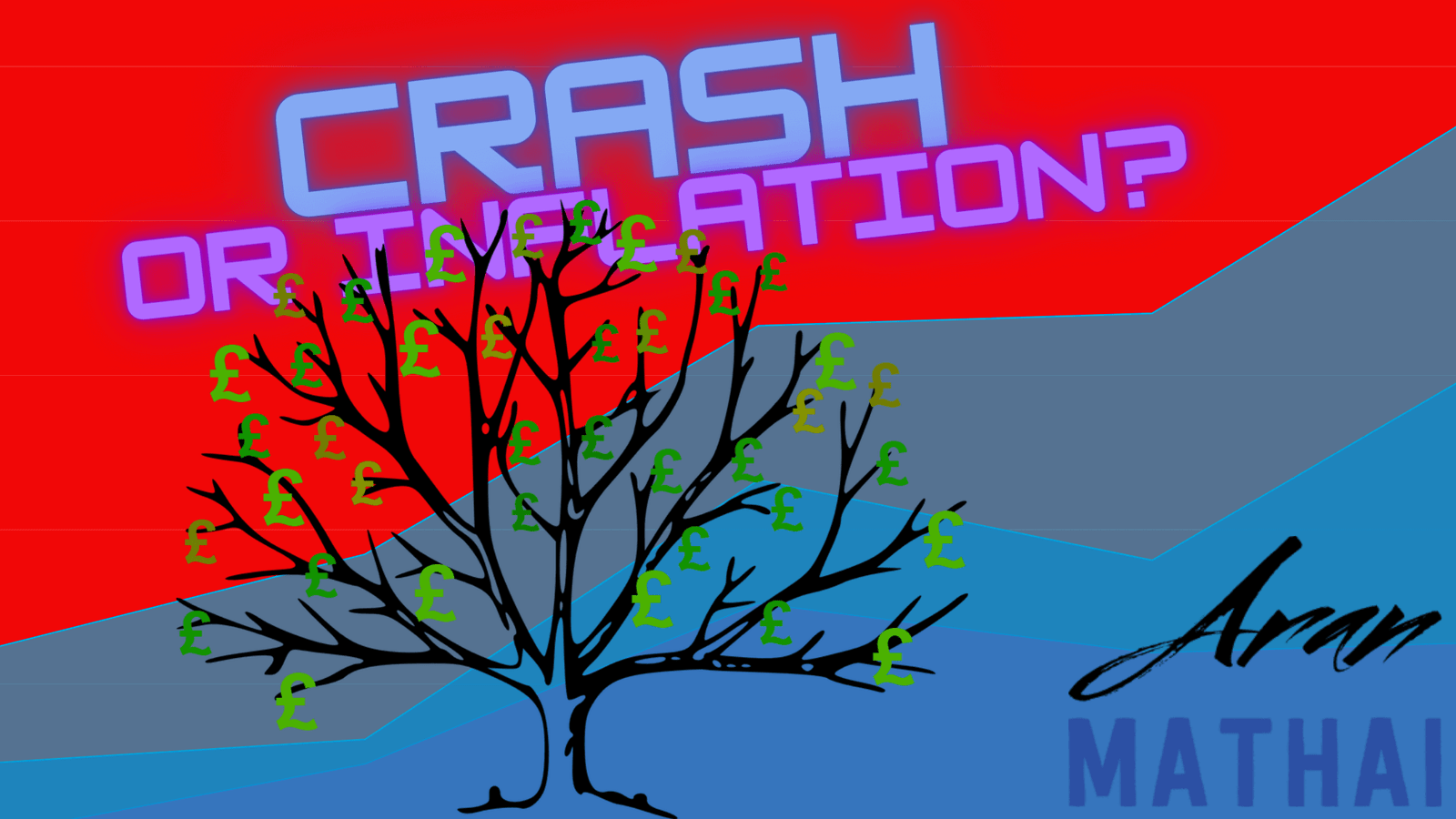 “UK house prices rose by 2.0% in August, after taking account of seasonal effects, following a 1.8% rise in July. This is the highest monthly rise since February 2004 (2.7%). As a result, annual house price growth accelerated to 3.7%, from 1.5% last month. House prices have now reversed the losses recorded in May and June and are at a new all-time high.“

This rise in the price of houses is likely to have been boosted by Quantitative Easing from the Bank of England and cash injections from the Government including furlough schemes and self-employment grants. It is also the result of pent-up demand from the lockdown (when it was hard or impossible for people to move). This leads to the question of what will happen once this additional help dries up? Will we see a crash?

The most likely outcome (and that which is backed by the historical data) is that we a going to head towards an overall property crash. This doesn’t mean that all areas of the country will be effected, but when the market seems irrationally buoyant, people are about to lose the additional government support they have been given due to the lockdown and we have been in a property bull market for as long as we have, we should be heading for a crash.

Property trainer and investor Samuel Leeds explains this and predicts a crash in 2021 in this video:

A less likely but possible scenario is that the Bank of England leads us into higher inflation, thereby increasing property prices even as property values drop.

Since the last recession the Bank of England has been engaging in Quantitative Easing (QE) which is the process of creating additional new currency to purchase bonds when there is any economic dip. This is new. QE was not used in previous recessions in the UK. Theoretically, pushing new currency into the economy every time there is a dip should push prices up indefinitely. The problem with doing this is eventually this will lead to extremely high or even hyperinflation.

In the US the Federal Reserve has announced that it’s inflation target is now “flexible” (meaning that inflation can be expected to go above it’s target for some time). If the Bank of England follows their lead, this would mean that the likelihood they will continue to pump the market even if it pushes up inflation faster significantly increases.

The Bank of England could also use negative interest rates, which is when banks are charged for holding funds at the Central Bank. This is intended to make banks lend out their capital. While the Bank of England rejected the idea in August, they are keeping this under review. In their Monetary Policy Report they state:

There is also a possibility that the Bank of England will move from purchasing government bonds with QE to purchasing other assets such as shares or mortgage-backed securities. If this happens this will create an even stronger artificial boost to prices.

If these means of creating artificial increases in the currency supply and the flow (velocity) of money are used, it may well mean that property prices rise in currency terms, while falling in real terms. If, for example, house prices rise by 3% but the price of groceries rises 5% and the price of money with a limited supply e.g. gold, silver, Bitcoin, etc rises by 20% then house prices will be falling in real terms while seeming to increase due to inflation.

The likelihood of a crash is inarguable, historical data and the evidence seem to be on the side of this outcome. But there is also the possibility of high inflation or even hyperinflation instead. With the seeming irrationality of central banks since the last financial crisis I am somewhat drawn to this hypothesis. But the experts and investors are most likely to be right and we will see a significant crash first. Only time will tell.